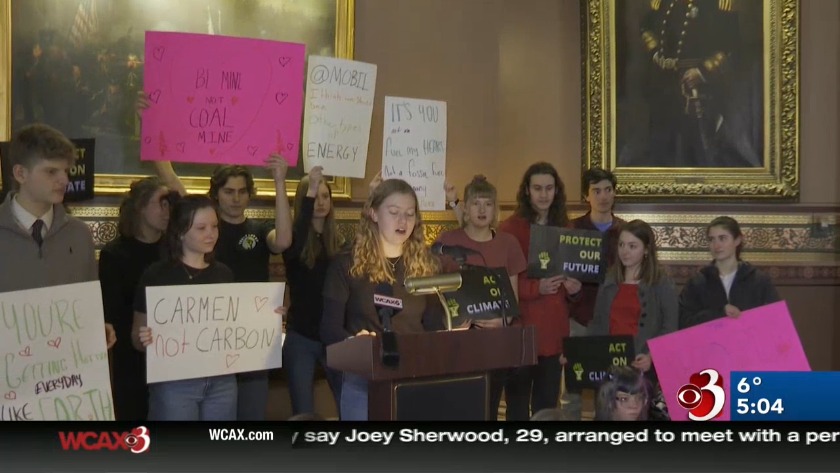 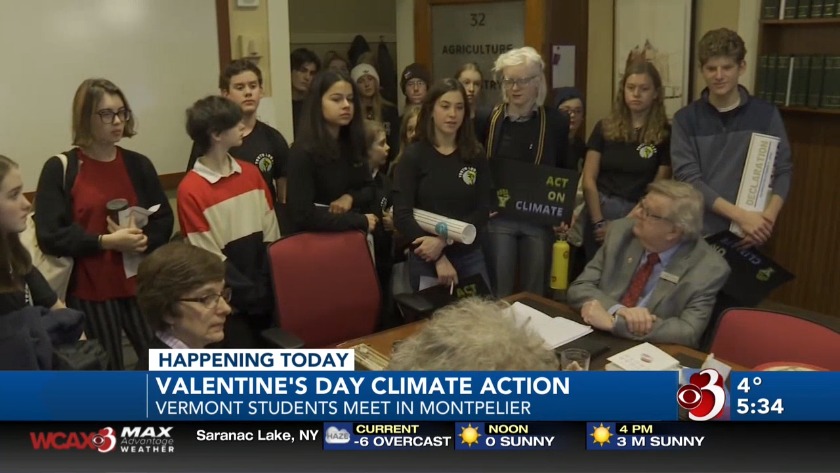 Vermont students to gather at statehouse for Valentine's Day

The Vermont Youth Caucus gathered at the Vermont Statehouse Friday to demand lawmakers take action on climate bills in the Legislature.

It's one of the organizations behind the widespread school walkouts this past fall.

They want lawmakers to pass the Global Warming Solutions Act which holds the government accountable for not meeting its climate goals.

"I worry that your treasures are being robbed. The rampant use of fossil fuels has begun to disrupt the bounty of life your inhabitants take for granted. The Earth is warming, the stars are dimming and one in four species are at risk of extinction," read Seth Fisher-Olvera of the Youth Climate Lobby.

The Youth Climate Lobby then visited lawmakers in each committee so they could hand-deliver their concerns in writing.