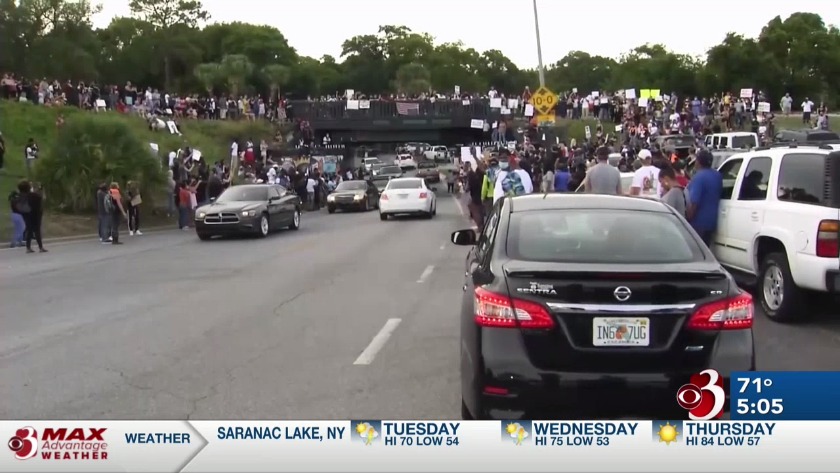 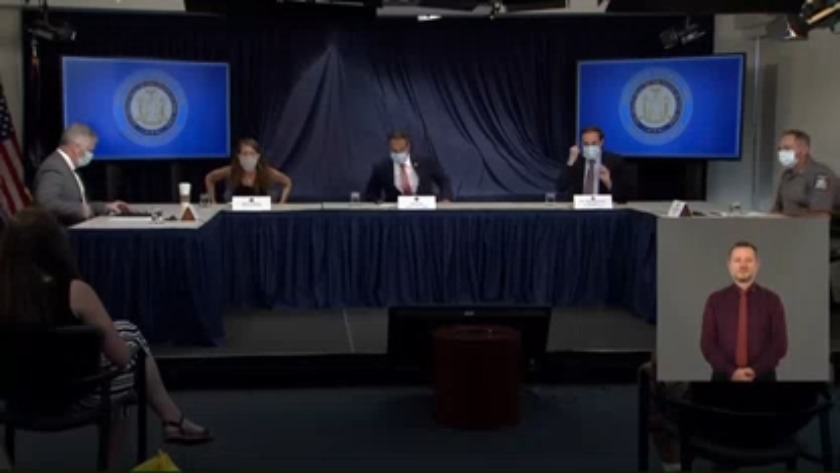 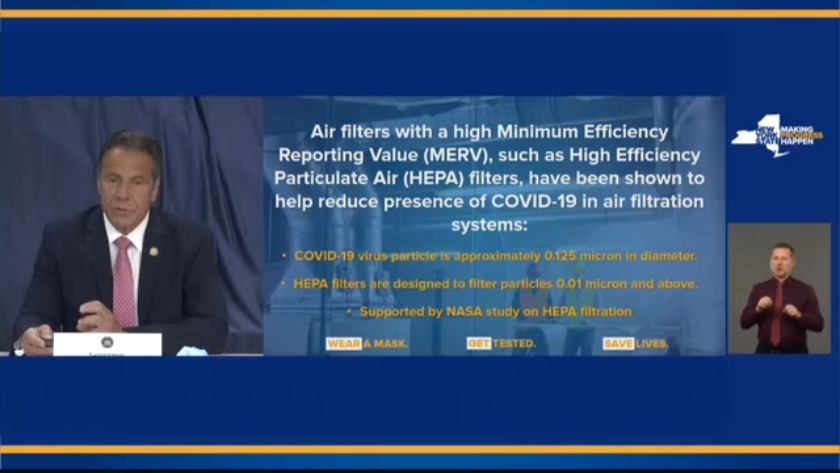 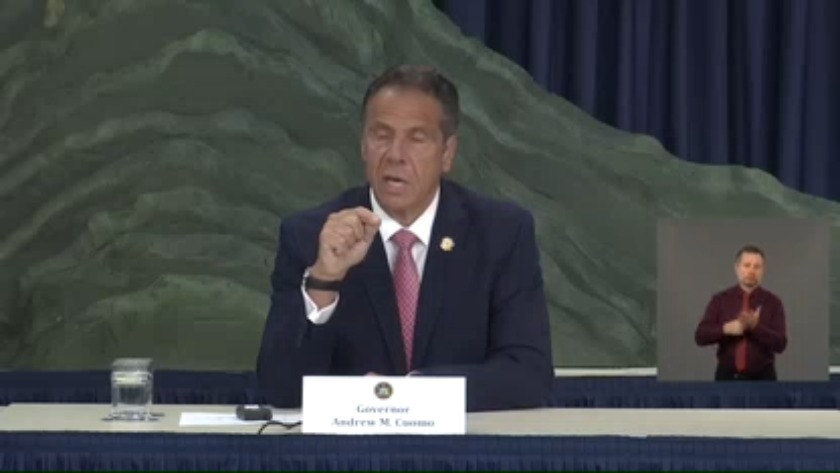 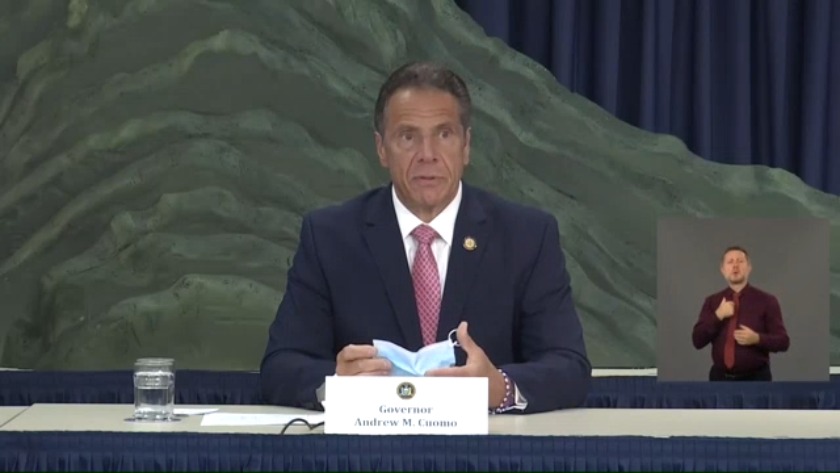 Cuomo is laying blame for virus surges on the federal government, which he says has repeatedly downplayed the urgency of the pandemic and pushed for a quick reopening of state economies. He called on President Donald Trump to issue a nationwide executive order to wear masks and for Trump to put one on himself to set an example.

"How we're at this point as a nation, and we still haven't done the simple, easy, minimal step of saying, 'you must wear a mask when you are in public,'" Cuomo said.

Cuomo also displayed a large plastic foam mountain in the shape of the curve of coronavirus cases in the state. He has often referred to that data set as a "mountain" that New York has climbed. New York's long descent from the summit has reached the point where daily deaths are in the single digits.