Vt. AG: No charges against BPD officer involved in fight

Vt. AG: No charges against BPD officer involved in fight 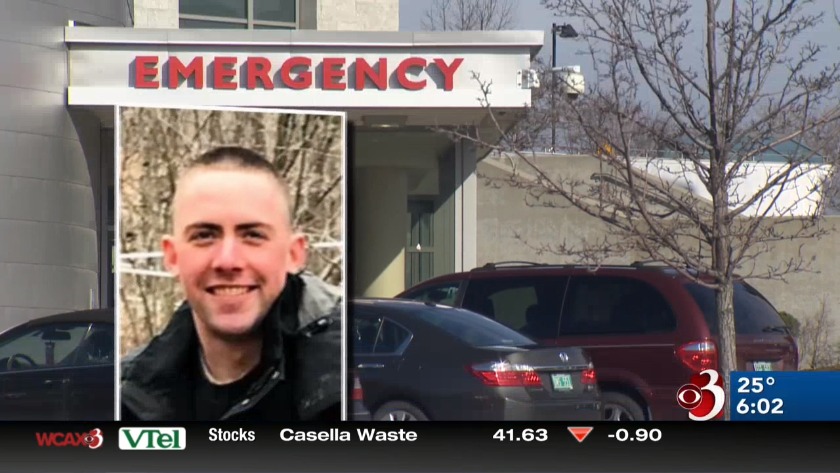 BURLINGTON, Vt. (WCAX) A Burlington Police officer involved in a fight that may have contributed to the death of a local man will not face any charges according to a review by the Vermont Attorney General, but that decision came with a criticism for the officer involved.

Those few seconds captured on body camera framed the AG's review. Outside the UVM Medical Center ambulance bay on March 11. Burlington Police Officer Cory Campbell's body camera shows Kilburn coming at the officer and the officer fighting back with three punches that left Kilburn injured. He died three days later from what the medical examiner would later call homicide -- in the medical, not the legal definition of the word.

"I was troubled by this," Donovan said. He says while Officer Campbell was justified in defending himself, they believe his actions prior to the fight contributed to him needing to do that at all. "Officers should not use profanity when interacting with citizens."

But Burlington Police Officers Association President Dan Gilligan defended Campbell's actions leading up to the fight, saying he doesn't think the officer's language incited Kilburn. "We don't agree with the assessment that harsh language results in violence," he said.

The AG also called for more de-escalation training for Burlington officers, something the union says may not be necessary. "We are adequately trained, well-trained -- probably better trained than most of the state," Gilligan said.

The Vermont Attorney General says part of the delay in making his ruling was their decision to hire an independent use-of-force expert to assess the video. And he also said before he made his ruling public, he called both Burlington's mayor and police chief to tell them to focus on de-escalation techniques.

Burlington Police Chief Brandon del Pozo weighed in on the ruling Friday afternoon. "The Burlington Police Department has a cutting-edge de-escalation program that is one of the best ones in the nation. We helped pilot it. It exceeds national standards. Officer Campbell has been participating in that training even while he's been on administrative leave." he said.

The chief says Officer Campbell will be returning to full duty Saturday but there will be an internal investigation into the use of profanity.