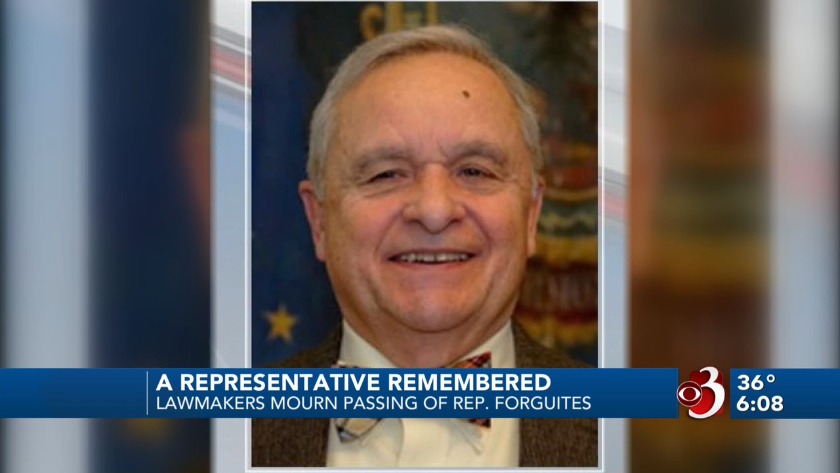 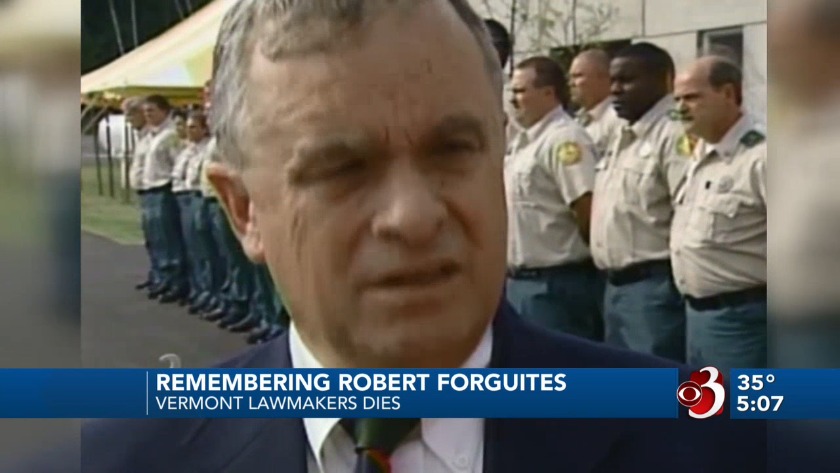 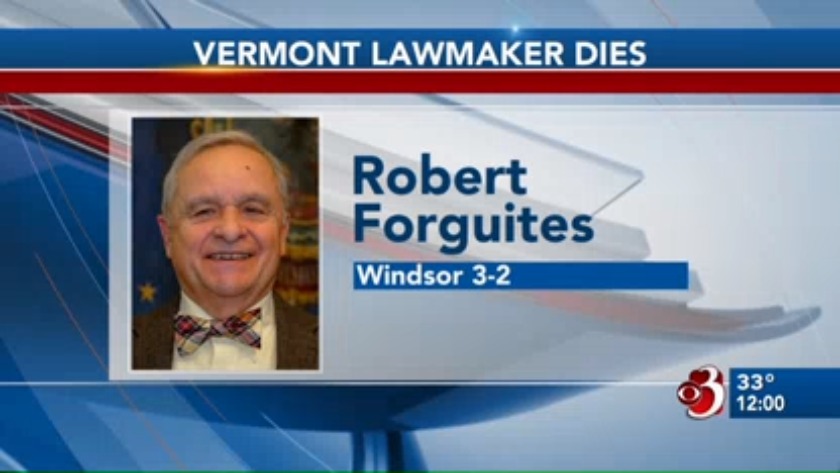 SPRINGFIELD, Vt. (WCAX) Vermont lawmakers have lost one of their own-- Springfield Rep. Robert Forguites died Monday night at the age of 80.

His colleagues at the Statehouse learned of his passing Tuesday morning and were shocked by the news.

The Democrat, born and raised in Brandon, was serving his third term in the House. Emmons says his election in 2014 fulfilled a dream.

The two lawmakers were close, spending long days together on the campaign trail in election years.

House Speaker Mitzi Johnson, D-South Hero, delivered the news to the House Tuesday, drawing gasps from the members. Forguites, she says, rarely spoke, but still had a big impact.

"I think he represented Vermont incredibly well. With his few words, with his willingness and desire to compromise," Johnson said.

She says the words he did speak carried meaning.

"When he spoke it was to help bridge divides, to help bring people together," Johnson said.

Emmons says she knows how she'll remember her friend.

"As a gentleman, as a good man and as a person with a real sense of humor," she said.

"In Rotary there is an expression, service above self," Bob Flint said.

Flint met Robert Forguites long before he was elected to the Legislature in Montpelier. Forguites moved to Springfield from Brandon and ultimately became the town manager.

Bob, as he was known to friends, also played a role in bringing the prison to Springfield, which opened in 2003.

"He's a humble person. He didn't like to take a lot of credit for things that happened or events. He preferred to pat other people on the back," said Kristi Morris, the chair of the select board.

Forguites sat in the town manager's chair for 16 years before running for state representative. He helped the current manager, Tom Yennerell, transition into the job.

"He had the ability to defuse difficult situations and everybody would walk away friends and shaking hands and smiling," Yennerell said.

A man with a big smile of his own who will be missed.

"So even though Springfield is not his hometown, he sure as heck is one of us," Flint said.

Town officials say that in some ways, the passing represents the end of an era. But they also say that the mark Forguites left on this community is a legacy that will forever live on.

Forguites is survived by a son and two sisters.