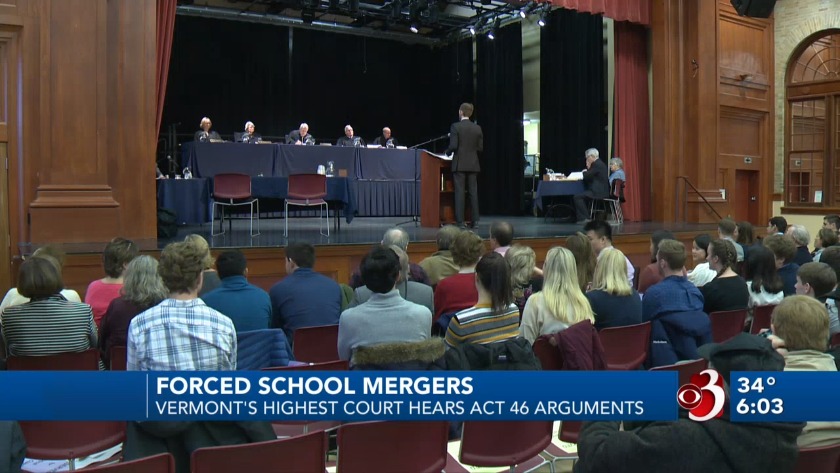 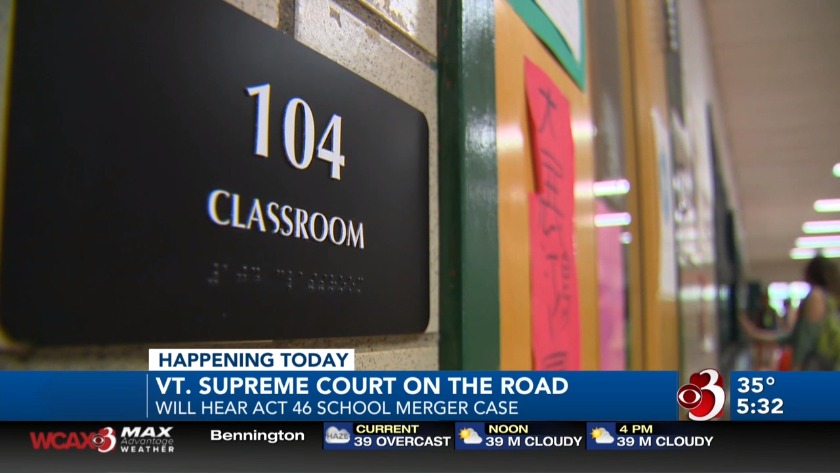 Vt. Supreme Court goes on the road for Act 46 dispute

Act 46 has been controversial ever since before it became law in 2015, and both supporters and opponents of school mergers see this as the last major challenge to a law that tests the limits of local control over education.

A crowd filed into a Middlebury College hall Wednesday afternoon to hear the Vermont Supreme Court take on school mergers. Among the audience members was David Lawrence, a Middlesex father of first grade twins.

"We really believed in retaining local control," Lawrence said. He says he doesn't support the forced merger his Washington County district was required to submit to under Act 46. "Rumney School is really a gem for our community and we were really concerned for what the implications might be."

His opinion was shared by many in the audience. People who fear Act 46 will lead to the forced closures of community schools. The outcome of this case will affect hundreds of families in towns from the state's southern tip to the northern border.

"Town government has been a critical backbone of our democracy," said David Kelley, the lawyer for the districts. He told the five justices that forced mergers under Act 46 were unnecessary, that they violated local voters' control, and that it wasn't what lawmakers had intended to happen. "The understanding was, if it's not necessary to merge you, if you are indeed an affordable school with good outcomes, then this bill seeks to leave you alone."

"This is fundamentally a democratic process. The state legislature decided there was a statewide problem it needed to address -- that there was declining enrollment that was unevenly distributed around the state," responded David Boyd, the lawyer for Vermont State Board of Education.

Boyd says Act 46 was clear in what it intended to do -- look at what's best for each region, not each individual town. "If a proposal was for a district but not best for a region, the board could not approve it," he said.

Justices questioned both sides about the intent of the law and the language inside it, but their questions gave no clear indication of how they were leaning.

"Other than a lawsuit, what's the check on the state board's decision to order a forced merger?" posited Justice Harold Eaton.

Regardless of the justices' decision, Lawrence says what he wants to see in a few years is proof that these forced mergers are producing the savings and opportunities the board promises. He's not sure he'll get that though. "It seems like there's no accountability in the act, and that troubles me," he said.

The justices now will deliberate the merits of both arguments. Their decision will likely take months.