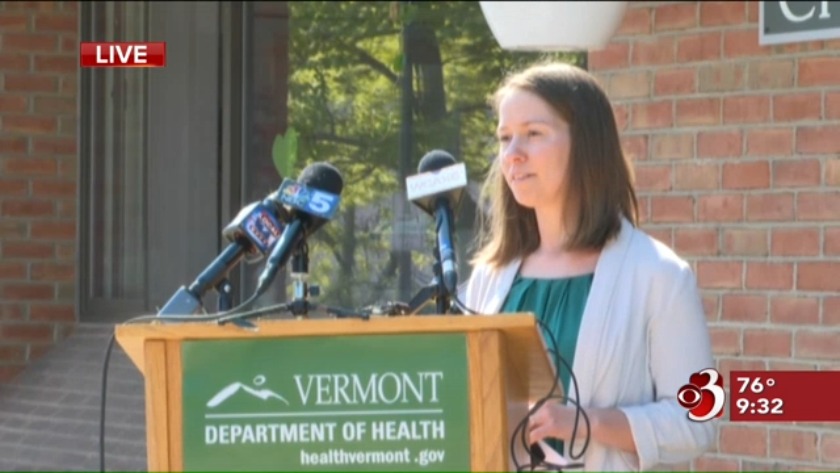 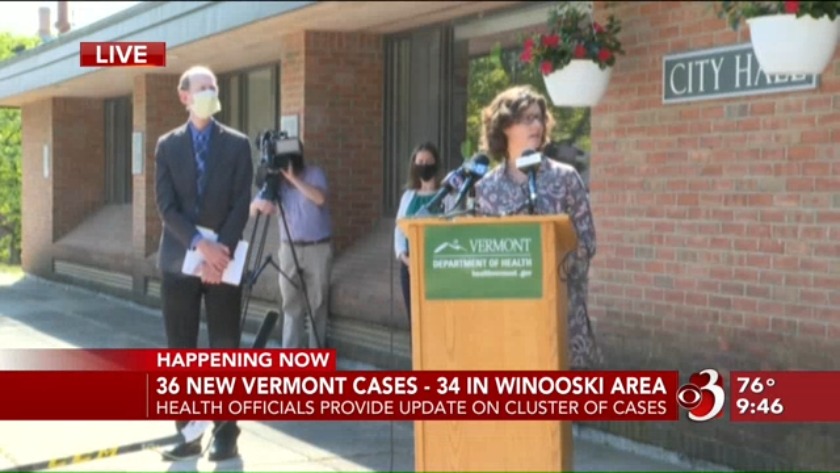 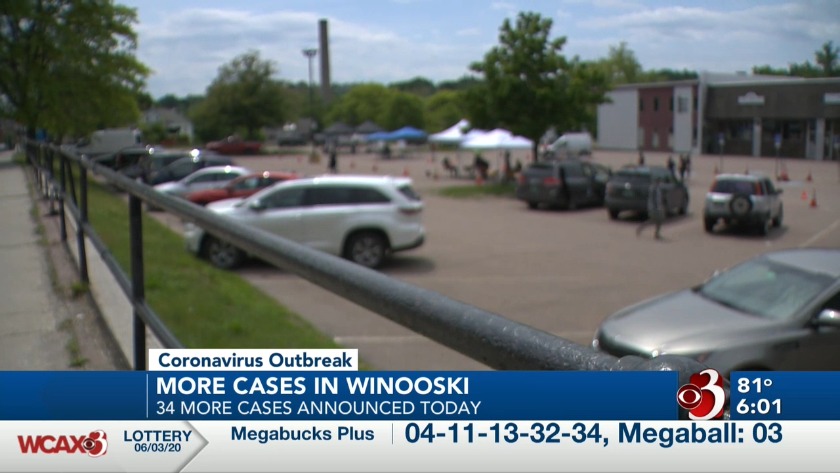 BURLINGTON, Vt. (WCAX) After nearly a month-and-a-half of seeing relatively few new COVID-19 cases, Vermont health officials are dealing with their first large outbreak since the height of the pandemic in April.

Vermont health officials Thursday confirmed 36 new cases statewide and 34 of them are in the Onion City. That's a significant jump after seeing weeks of statewide daily numbers in the low single digits.

Health officials during a Friday morning briefing said the outbreak was not unexpected and that there will likely be others around the state in the coming months. They say 436 people have been tested as of Thursday and that a pop-up testing site at the O'Brien Community Center will stay open next week.

Speaking alongside city officials, Health Commissioner Dr. Mark Levine said 93 lab tests remain pending and additional tests are being conducted. The cluster of cases is within the same social network of families and is split evenly between adults and children.

Those getting tested lined up outside on Thursday. "We have seen pretty good traffic every day," said the health department's Heather Danis.

The location is for people who are asymptomatic. "Just here for myself," said Suman Grurunz, a local resident.

"Just like how available it was -- it seemed like a good idea," said Arianna Cono of Burlington.

Health officials say the 36 that tested positive are not in a long term-care facilities and the infections are happening citywide. They are testing and contact tracing to learn more.

People we spoke with said they were not too surprised about the virus resurgence as more people are getting out and about.

"I generally do think that from a statistic point of view it would make sense that we would see more cases, but at least now we can go back to the source and start treating that more strategically and aggressively," Cono said.

"I haven't heard anything. It could just be people coming back out," said Brittany Lord of Williston.

At nearby Chick's Market, owner Pamela Vezina says she has heard about the uptick in positive cases but doesn't think it will scare away business. "All kinds of life they come in here. We learn from them and they learn from us," she said. "I haven't had any comments about... I mean people know that it's out there and they have been taking precautions."

We also spoke with some restaurants doing takeout and dine out service. They haven't seen a dip in business this week but some are worried the cluster might keep some customers away.

As of Thursday, Vermont health officials reported 1,026 coronavirus cases in the state and 55 deaths. A total of 37,834 tests have been conducted, 46 people are being monitored, 907 have completed monitoring and 881 have recovered. There have been no new reported hospitalizations.