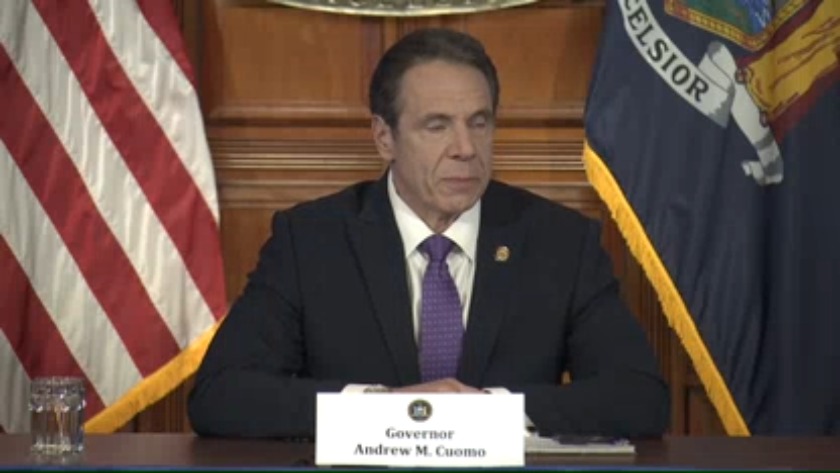 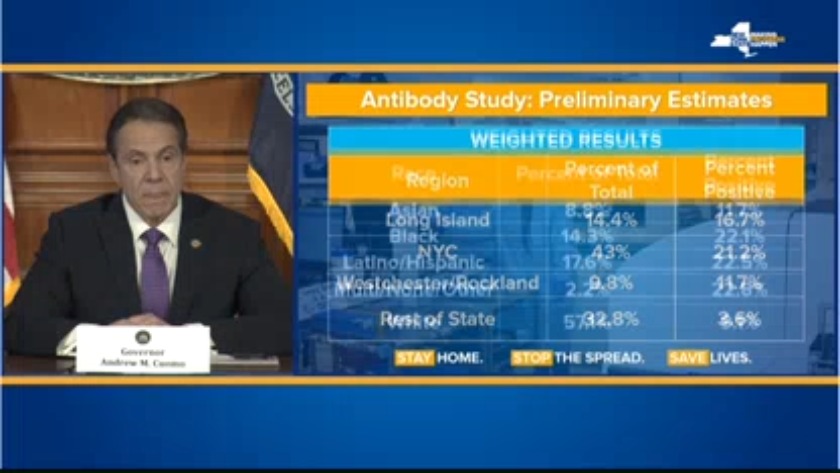 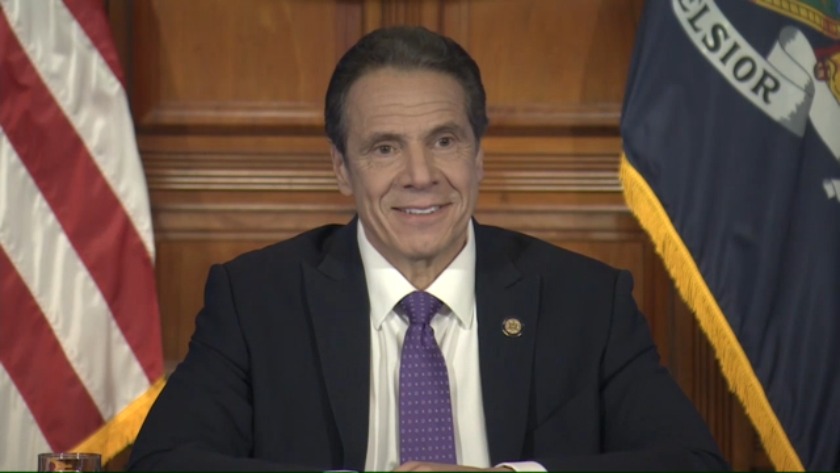 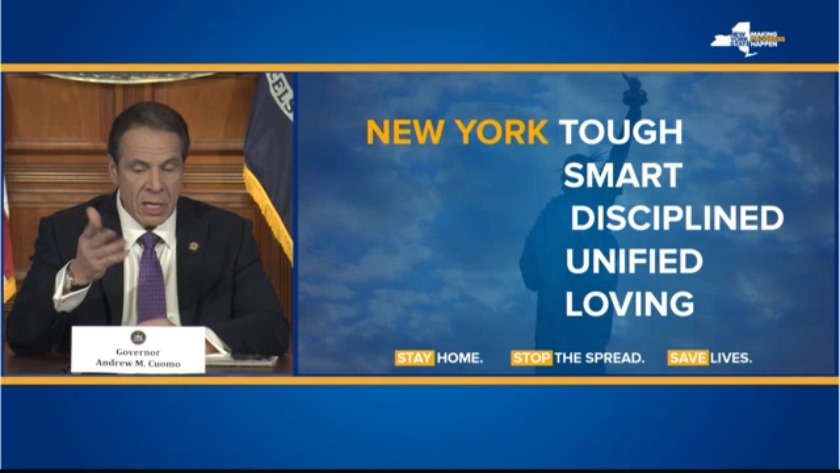 It comes as New York's one-day daily death rate on Wednesday was 438. The total number of deaths remains over 15,500. That number is expected to go up significantly because it only counts deaths at hospitals and senior facilities, not at home deaths. The daily number of new cases has hovered around 1,300 over the past several days, a number Cuomo said he was hoping to see dip faster.

Cuomo responded Thursday to comments from Sen. Mitch McConnell that the GOP should not support additional aid to cities and states because it will be misspent. The Governor said now is not the time for such hyperpartisanship. “Think of what he is saying. People died. 15,000 people died in New York, but they were predominantly Democrats, so why should we help them?” Cuomo said. "If there was ever a time for humanity and decency, now is the time."

The state conducted an antibody survey, testing 3,000 New Yorkers around the state for evidence they have the ability to fight off the virus. The results show an estimated 14-percent of the population has likely already had COVID-19 and gotten better. That means about 2.7 million people -- 10 times the number who have been identified thru regular diagnostic testing. Cuomo says the results affirm regional disparities could help the state determine when and how to open parts of the economy.

Cuomo also said he is asking state regulators and the AG's office to investigate if nursing homes in the state followed the rules during the outbreak. More than 3,500 people have died in New York nursing homes according to state data.