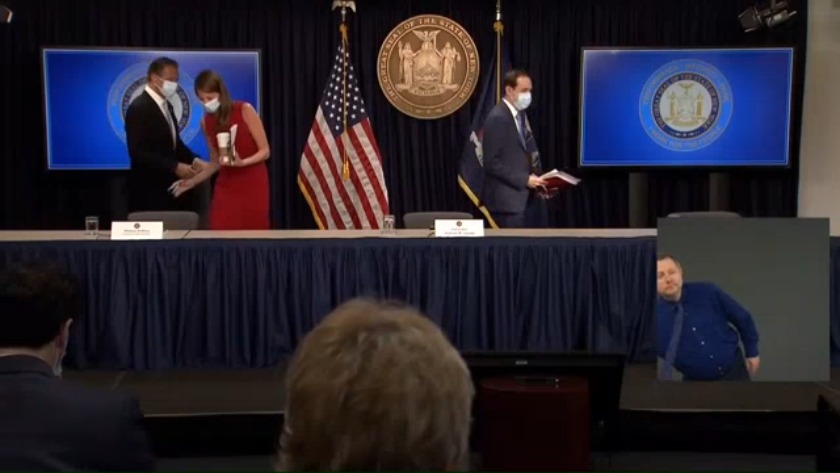 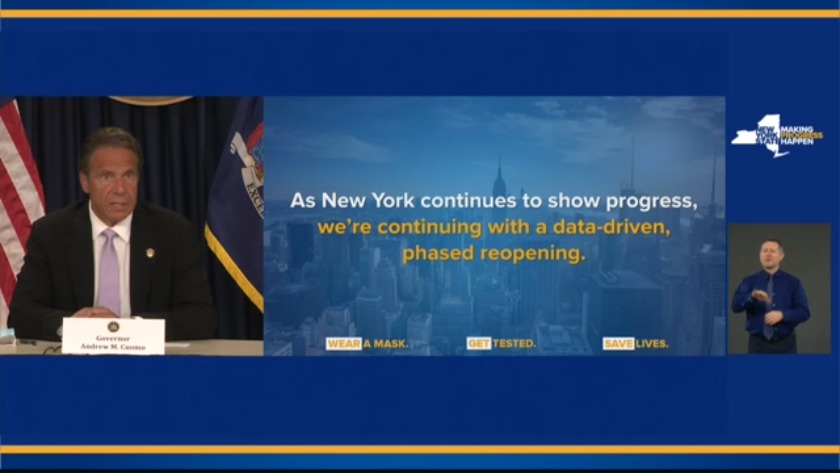 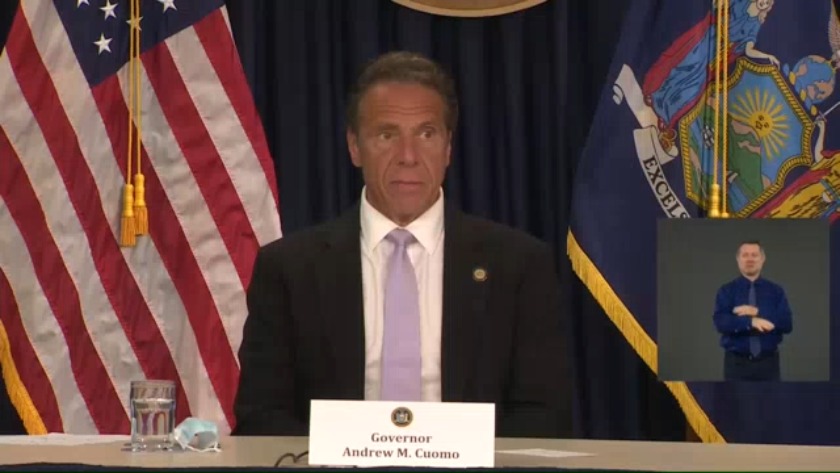 Gov. Andrew Cuomo said Wednesday that "we also have to make sure the virus doesn’t come on a plane again.” Cuomo announced what was called a “travel advisory” at a briefing jointly via video feeds with fellow Democratic Govs. Phil Murphy of New Jersey and Ned Lamont of Connecticut. The states’ health departments will provide details of how the rule will work. As of Wednesday, the advisory affects travelers from Alabama, Arkansas, Arizona, Florida, North Carolina, South Carolina, Washington, Utah and Texas.

Malls, movie theaters and gyms will not be cleared to reopen when areas of New York state progress to phase four as early as Friday. The businesses had been hoping Gov. Andrew Cuomo would allow them to open their doors after a three-month shutdown bought on by the pandemic. But the decision leaves business owners uncertain of when they welcome back customers. A spokesman for Cuomo on Wednesday cited recent surges in states that have allowed a wide range of businesses to reopen. The Southern Tier, Mohawk Valley, Finger Lakes and North Country could move to phase four on Friday.