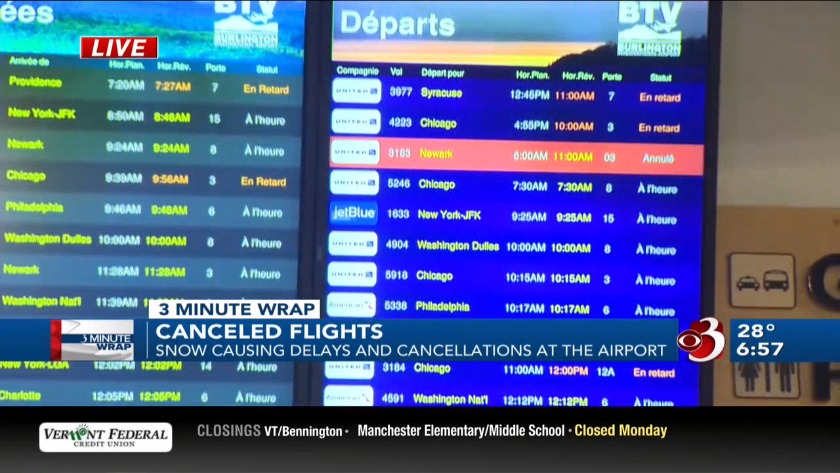 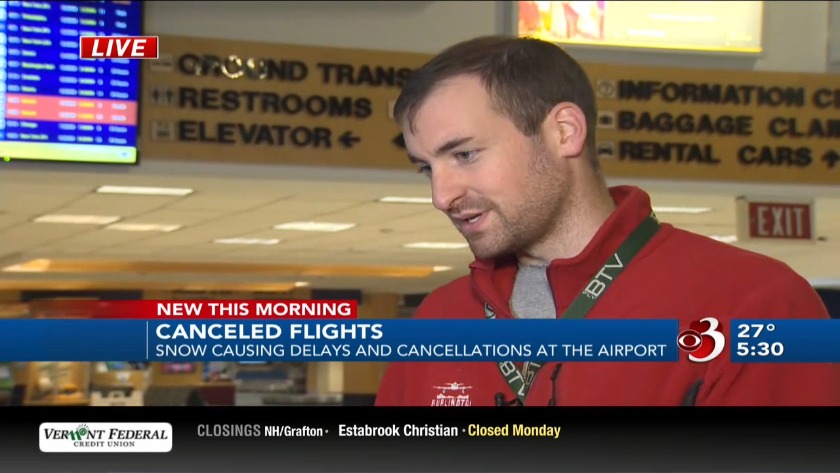 Most schools in our southern region are closed because of the big snowstorm. And that could mean some of you planning to head home after Thanksgiving will be staying an extra day.

Early flights to Newark out of the Burlington International Airport were canceled Monday morning. There are also other delays/cancellations for United Airlines travelers going to Syracuse and Chicago.

A few arrival flights were also delayed but not by much.

Most of the delays and cancellations have been through United Airlines and officials we spoke with say that's because there's been some backup at airports in other parts of the country.

Airport officials say they've had crews working to clear the ice and snow off the runways all night so they're in good shape Monday morning.

They're stressing the importance of checking your flight status with your airline before you leave home and you can do that by visiting their website here.