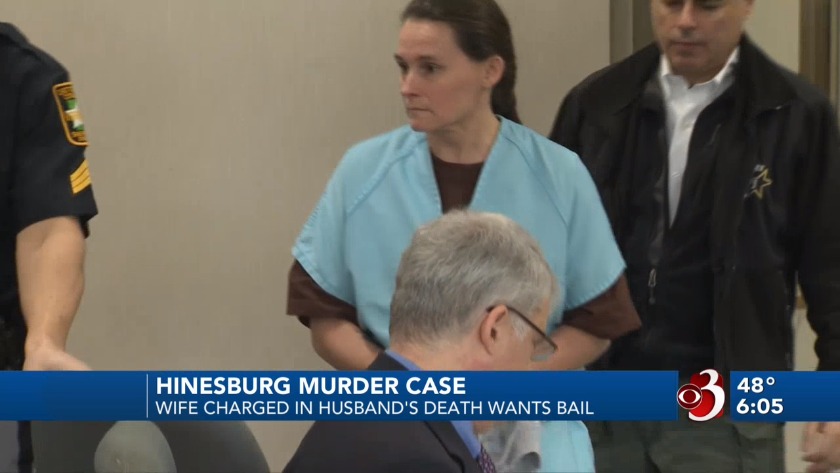 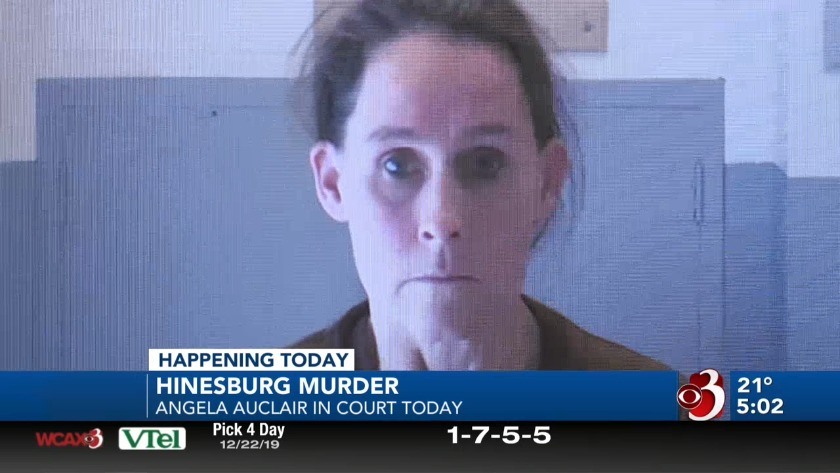 BURLINGTON, Vt. (WCAX) The Vermont woman charged with orchestrating the murder of her husband at a Hinesburg trailhead last summer wants out of jail while she awaits trial, but prosecutors are arguing she's too dangerous to be set free.

Auclair has been held in jail since her arrest two weeks ago on a charge of conspiring with her son, Kory Lee George, to kill David Auclair. On Monday her lawyers asked the judge overseeing the case that she be set free on bail until her trial.

Chittenden County Deputy State's Attorney Susan Hardin opposes that move. She called witnesses, including Meaghan Parrot and Amanda Spanks, who both said that they would fear for their personal health if Auclair was released.

Spanks says she could be targeted by Auclair because she heard Angela Auclair discussing the murder plan with her son Kory Lee George. Police say Angela Auclair and George lured David Auclair to a secluded spot in Hineburg, where police say George shot Auclair multiple times. Police say the plot to hide the crime included stealing the murder weapon and buying a burner phone that could not be traced by police.

Prosecutors also presented witness testimony that Auclair had planned to move to Florida. Defense lawyer Robert Sussman challenged the notion of withholding bail based on a risk that Auclair might flee, pointing out that police have known for months she was a target in the investigation.

Due to court scheduling, Monday's hearing was cut short and postponed to mid-January. For the time being, Auclair will remain behind bars.

Meanwhile, Kory Lee George was in court last Friday and pleaded not guilty to charges of suspicion of first-degree murder, burglary and obstruction of justice connected to the July 11 shooting death of his step-father.