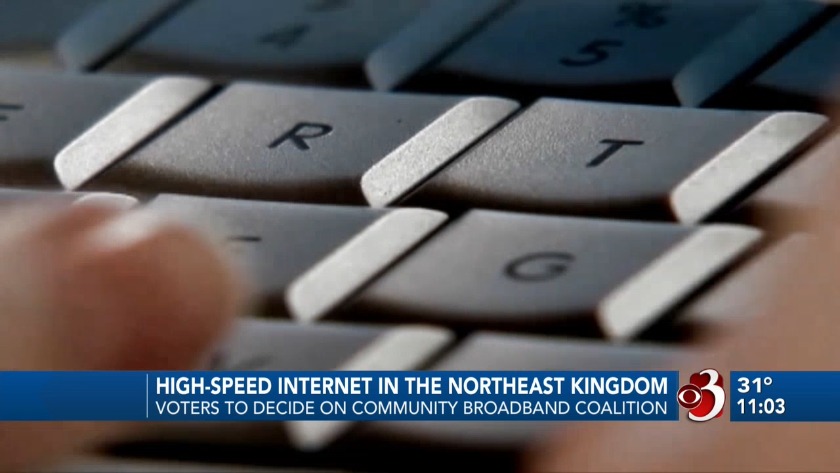 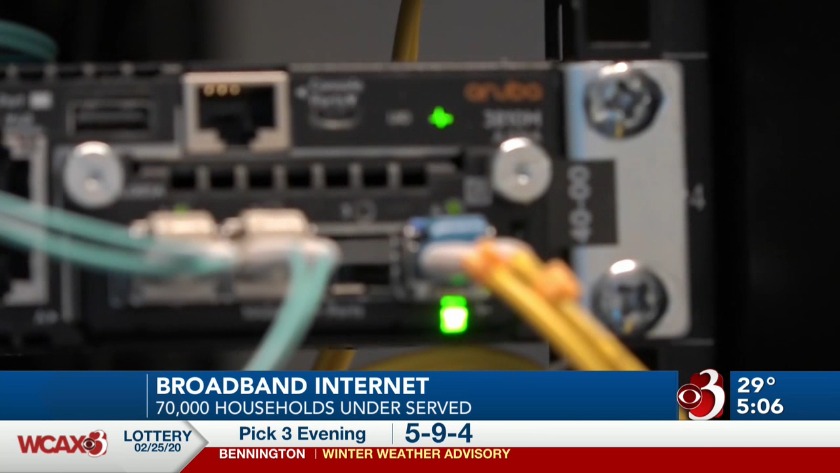 ST. JOHNSBURY, Vt. (WCAX) People in Vermont’s Northeast Kingdom have wanted faster internet for years and they might finally get it.

On Town Meeting Day, voters will decide on whether their town should join a community broadband network to bring affordable, high-speed internet to as many as 27 towns in the NEK.

The plan is for all communities in the Northeast Kingdom to build and operate their own network, called a communications union district. The ultimate goal is for every emergency service, business and household in the kingdom to have access.

Northeast Kingdom Broadband Working Group, one of the groups working on the initiative, hosted an informational meeting on Wednesday night to answer any questions voters had before heading to the polls on Tuesday.

Nicolas Anzalone of the working group says about 70,000 households are considered underserved by the federal definition of broadband, meaning they don’t have access to 25/3 megabits or better. According to the group’s website, 16 out of Vermont’s 20 most underserved towns are in the NEK.

Anzalone says the lack of service is keeping people from moving to that part of the state.

"Broadband isn't optional anymore. It's something that is required. It prevents people from moving here because they might not be able to work remotely, whereas if they had better internet service, they could. It provides educational opportunities. There's opportunities for partnership with house services for aging in place," said Anzalone. “We would create a plan to lay fiber probably. That's not the only option out there but it's the one that looks the most promising. The end goal is getting high speed, like 100 megabit symmetrical service, to every E911 address in the Northeast Kingdom."

People at the meeting said speedy internet is a necessity that they've been deprived of for far too long.

“I'm very excited to hear that there's some way that we can actually start to have a movement because there's just such a need,” said Candelin Dobbs. “When it rains or snows, I can't use the internet. I can't stream a movie. I can't do anything."

Bob Kantar of Lyndonville says he loves living in the NEK and thinks having stronger internet access would enhance the experience.

“The Kingdom is an isolated place. It's the best place in the world to live, but this will just make it a little bit better and maybe a little bit more valuable to everybody,” Kantar said.

Kantar is already thinking of the possible benefits.

“People who can work at home with this service that earn money, that would be a blessing for Lyndonville and all the surrounding towns,” he said.

Aerial fiber would cost roughly $15,000 to $20,000 per mile. Anzalone says the network would likely be funded by state and federal grants, and wouldn’t be borne by taxpayers.

If the measure does pass, it could take three to five years of planning, funding and building before the network is operational.

Confirmed COVID-19 case in staffer at senior complex in Essex

Confirmed COVID-19 case in staffer at senior complex in Essex