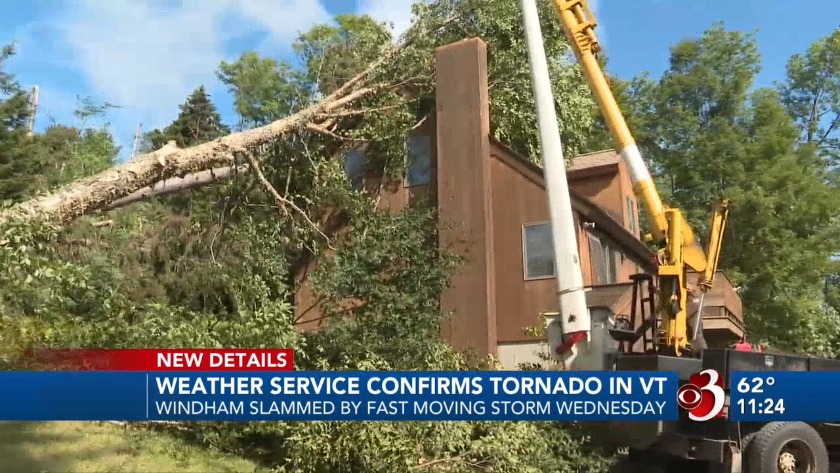 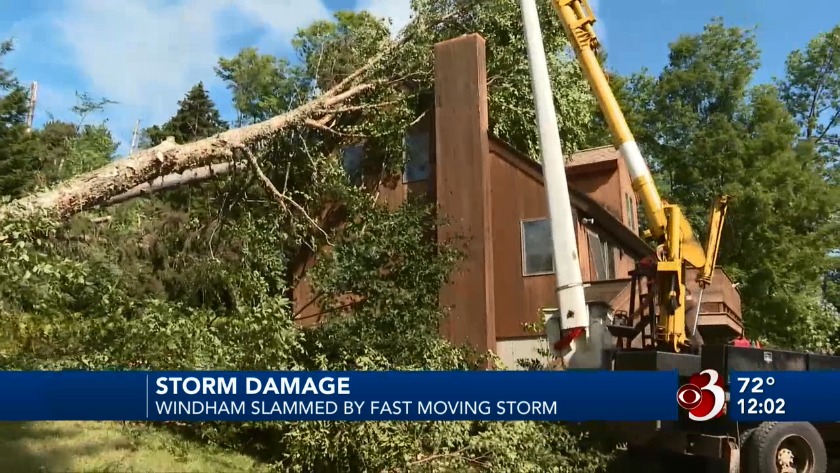 WINDHAM, Vt. (WCAX) A tornado touched down in Vermont, and families in Windham are cleaning up the damage days later.

The weather service confirmed it was an F1 tornado with winds between 105 and 110 miles per hour.

Cleanup is underway in a small section of Windham that was pummeled by a fast-moving storm.

A property on Harrington Street was one of the hardest hit. The homeowners say everything was calm around 5 p.m. Wednesday when the rain and heavy winds suddenly whipped up. The storm knocked down several trees, which caused damage to the garage. Parts of the roof were blown off and the glass in several windows was also blown out.

"My husband was trying to close windows and they just start exploding. And we don't know what is happening. He jumps on our son, Tucker, and I ran to the kitchen and all hell broke loose. All the trees start coming down. It lasts maybe 35-40 seconds and we came out to this," homeowner Alexis Mialkowski said.

Up the hill, several other properties received damage to both homes and vehicles.

However, it was an extremely isolated event. Homes just a few hundred feet from the path of the storm were not impacted.