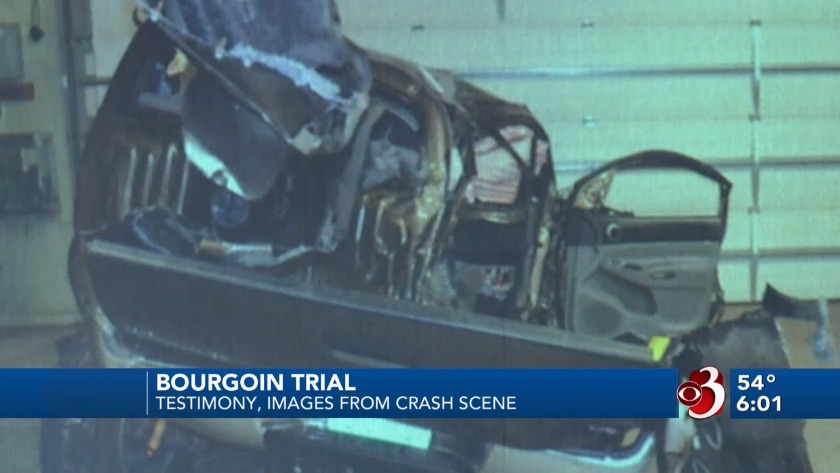 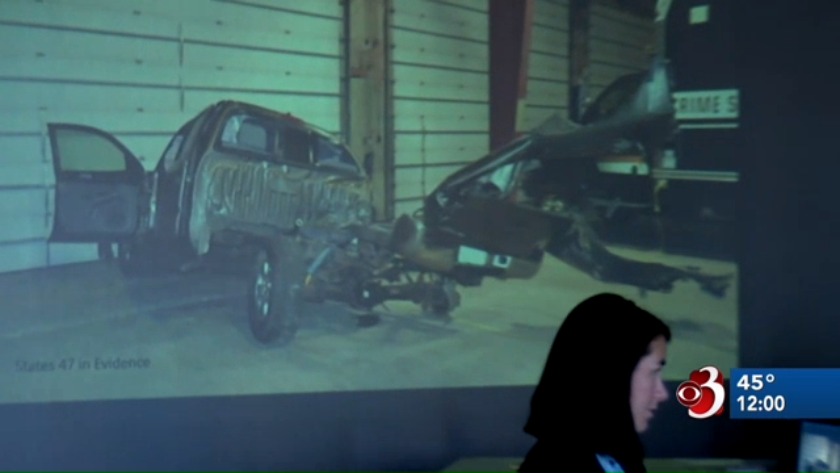 Witnesses testify about the chaos at deadly crash scene

BURLINGTON, Vt. (WCAX) Emotional memories and cold, hard facts were on display during day three of the Steven Bourgoin trial.

Prosecutors laid out more evidence they say proves the wrong-way crash on Interstate 89 two-and-a-half years ago that killed five teens is a case of murder.

While Tuesday was primarily about the witnesses and survivors of the second crash, Wednesday's focus was on the first crash-- the one that killed the five teenagers. Emotion and fact to show the jury the moments in which cars collided and lives were lost.

The jury heard more emotional testimony from survivors of the second crash, starting with Laureen Wells, who described the frantic moments as her husband realized the occupants of the burning Jetta from the first crash couldn't be saved.

"He grabbed me quick and said they're dead, and he said all four of them are dead. I have, I saw a junior operator's license and they're all dead," she said.

James Wells, a Washington County sheriff's deputy, described what went through his head after he heard the second crash.

Chittenden County Deputy State's Attorney Susan Hardin: What do you do next?
James Wells: Panic... I went back up to the interstate because I thought a dozen people were dead.

No one died in the second crash, but the five teens from Central Vermont were killed when Steven Bourgoin's pickup plowed into their car at a high rate of speed. Bourgoin admits he was driving, but prosecutors laid out all of the details the crash, including photos of the driver's side air bag which an expert testified had Bourgoin's DNA on it.

Chittenden County Prosecutor Sarah George: Did the fire in the vehicle play any part in Ms. Harris' death?
Dr. Elizabeth Bundock/Deputy Chief Medical Examiner: No, it did not.
Chittenden County Prosecutor Sarah George: How do you know that?
Dr. Elizabeth Bundock: So, she was ejected or thrown out of the vehicle.

The medical examiner described the blunt force trauma that killed all five of the teens. And their ruling for all five: homicide.

"Who told me that there was a real disaster," Vt. State Police Sgt. Owen Ballinger said.

The jury also heard from the Vermont State Police crash reconstruction team, explaining to the jury how they pieced together what happened before, during and after the crash.

Prosecutor: Did you find any evidence of skid marks?
Sgt. Owen Ballinger: No.

Photos showed flattened grass in the median, Bourgoin's mangled truck and the burned Williston police cruiser. And Family members reacted to pictures of the Jetta the teens were in.

The trooper said the young driver was not at fault.

"There was no evidence of any improper operation," Ballinger said.

Jurors also heard from a retired state trooper who spoke with Williston Police Ofc. Eric Shepherd that night, describing the man's shock. Shepherd is expected to take the stand Thursday. He was the first on the scene and it was his cruiser that was stolen as he tried to help the teens.

In addition to Shepherd's testimony, we will hear more about the crash reconstruction.

And that will wrap up the state's case, which means we will likely hear from the defense starting Friday.

Most of the testimony so far has gone unchallenged. So, if there is no argument about it, why would the jury need to hear it? Because even though the defense in their opening statements told the jury that Bourgoin was driving that night, the state still needs to prove the facts of all the charges they brought. And there are details in this testimony that both sides will likely point back to later on when they discuss possible motives for Steven Bourgoin's actions that night. Because the insanity defense hinges on the jury's perception of those.