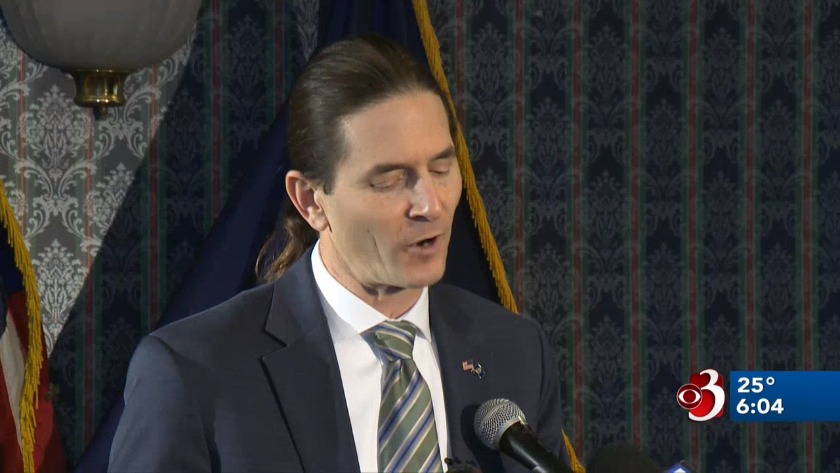 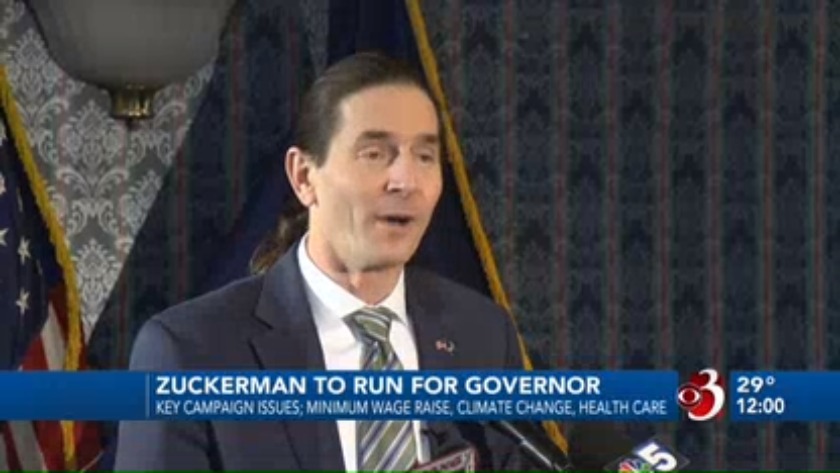 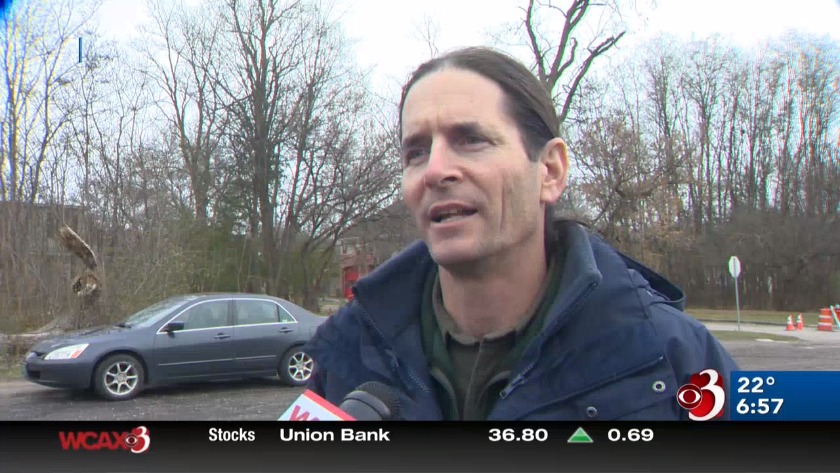 Zuckerman to announce his candidacy for governor

MONTPELIER, Vt. (WCAX) Lieutenant Governor David Zuckerman formally announced his plans to run for governor Monday. The announcement at the Capitol Plaza in Montpelier wasn't unexpected since reports surfaced last week that he was planning on making the run.

"This was not an easy decision," Zuckerman said. He says he's running on a platform focused on earning a livable wage, fighting climate change, expanding access to health care, building affordable housing, expanding access to secondary education, and asking Vermont's wealthiest to invest more in the state by paying more taxes.

"The public wants more investment in their future, not more nickel-and-diming small fees and taxes here and there, which is what happens when you don't talk about who can afford to pay," Zuckerman said.

He offered no specifics Monday on what the details would be, saying he would be putting out more specifics in his campaign this spring. But he said the proposal would be a temporary two to five year fix, similar to what was enacted under Republican Governor Richard Snelling's administration in the 1980s.

"I think we can do that again. We can ask our wealthiest Vermonters whether they believe that we should invest in Vermont's economic future," Zuckerman said.

He says he will run on the Democratic ticket but still keep his Progressive label on a write-in campaign. We asked if that would help or hurt his chances with Democrats. "I've run with both the Democrat and Progressive label for eight years and so far it hasn't really hurt, so I guess it helps," he said.

Zuckerman's challenger for the Democratic nomination, former education secretary Rebecca Holcombe, has released a list of endorsements from some top Democrats. She told us last week she welcomes the challenge.

"I think it's great. I think it gives us a chance to have a robust debate about Democratic ideals," Holcombe said.

Reporter Cat Viglienzoni: Are you worried about name recognition?
Rebecca Holcombe: I think I have pretty good name recognition. I served as secretary of education, I've been to every community.

Zuckerman says it will be up to voters to decide who is best to take on Governor Phil Scott, if the governor decides to run again. "There's no doubt this is an uphill race. We haven't beaten an incumbent governor in 60-odd years, but I think there's a real energy to win," he said.

Zuckerman says he will be focused on his duties as lt. gov during the legislative session and will have a larger campaign kickoff later in the spring.

If he doesn't win, he says it's back to farming and family time. But he reiterated that he's in it to win it.

Zuckerman won 52 percent of the votes in an open seat race in 2016 and 58 percent last year as an incumbent. Last election, Governor Phil Scott won in all but Windham County against his Democratic challenger, Christine Hallquist, which indicates that the Democratic ticket alone does not guarantee voters will choose a Democrat for governor, even in Vermont's more liberal areas.