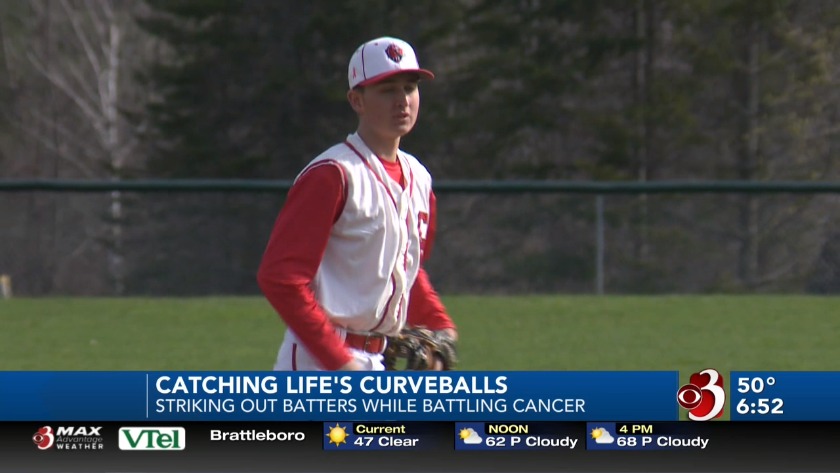 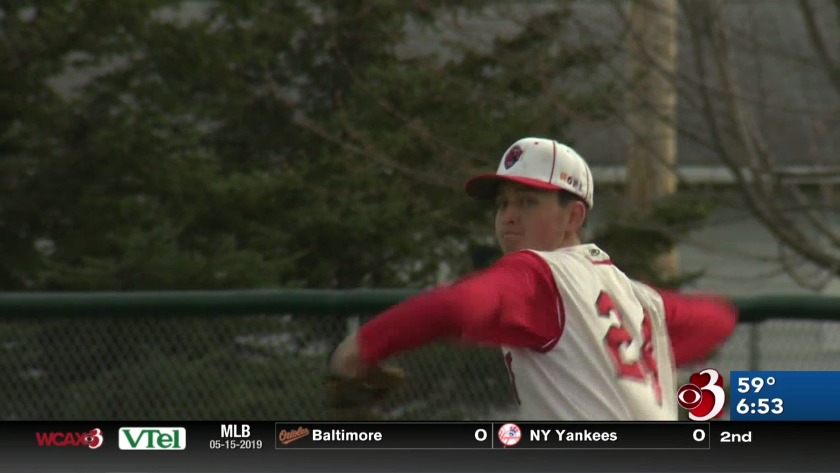 HINESBURG, Vt. (WCAX) It was apparent from an early age that baseball would play a big role in the life of Storm Rushford.

"Cold winter days I would go out and play catch in the snow in our backyard," said Storm Rushford, a junior pitcher and shortstop for the undefeated CVU baseball team.

"There's a whole romance with baseball," said Storm's mother Julieta. "And the way Storm took to it was just surprisingly captivating for him."

"Baseball was something that he moved into pretty wholeheartedly," added Storm's father Matt. "As a parent, you love that."

And all that work payed off for Storm. He made CVU's varsity baseball team as a freshman and figured to play a crucial role for the Redhawks throughout his high school career. But the Summer after that freshman season, everything changed.

"I got hit in the eye actually right over there during warmups," Storm said. "When I came back to the field, I was just really lagging."

"We got together to work on some things hitting wise, and he kept asking to take a break," said Tim Albertson, CVU's head coach.

So Storm's parents took him in to get some blood work.

It was Leukemia. All of a sudden, Rushford went from limitless potential to a prolonged battle for his life.

"How is it like for any parent to learn that their kid has cancer? It's devastating. It's a profound shock," said Julieta.

"I didn't know what it meant or what treatment would be like or anything. I just thought, even the first couple days like, 'This is gonna take a couple weeks, it's gonna suck for a couple weeks' but then...honestly I thought I was gonna play that fall of volleyball season. Obviously that wasn't the case," Storm added.

Even after the initial wave of treatment was complete, things didn't get much easier for Storm. It's been constant chemotherapy for nearly 2 years, and that's not even the worst of it.

"I had strokes, I had kidney stones. I had pneumonia that almost put me away," Storm said.

"Imagine being under 40 feet of water breathing through a narrow tube," Matt added. "He was basically in a perpetual state of drowning for two weeks. And that was the first time I've seen him really scared."

"I was just trying to get through it. Just kind of trying not to get too beaten down, just try to stay in good shape physically and mentally, get to maintenance and then start pushing through it," Storm said.

Through it all, Storm never wavered. He always had one goal in mind.

"He was always absolutely resolute about playing again," said Matt.

"I wasn't really thinking things too heavily, I was just kind of saying, 'This is what I'm gonna do,' and I'd do it," Storm said. "I was just sort of in that mindset for a while. So once I got into maintenance, I was like 'I need to go work out,' so I would go wake up early to work out."

"He showed up to practice every day when he could be here," Albertson said. "He was trying to put in as much work as he could to the best of his ability, and he just said, 'You know coach, what if I was to make a JV start?' And of course to go out and to amaze us like he does, he goes out and throws a great game."

That JV rehab start last Spring was a sign of things to come. Now a junior, Storm is back as a full time member of the varsity, and he has been absolutely dominant on the mound for the Redhawks. He tossed a one-hit shutout against Burlington, struck out ten Burr and Burton Bulldogs, and last Saturday, after receiving seven doses of chemo earlier in the day, Rushford gave up just one run in another complete game victory. This time, in a strikeout cancer game against Essex.

"I worked really hard so I knew I'd be able to get back and be a contributing member, but I didn't think I'd be this good," Storm said.

"His body is not at 100%, and yet he stands there and pitches with such majestic performance that just blows my mind," added Julieta.

Storm still has a year plus left of treatment, but as his return to the diamond shows, he's ready for any curveballs life might throw his way.

"I'm just gonna finish out this year of baseball, play next year, just go through school, finish up treatment and hopefully go to college and just live a normal life which is pretty nice after all I've been through."