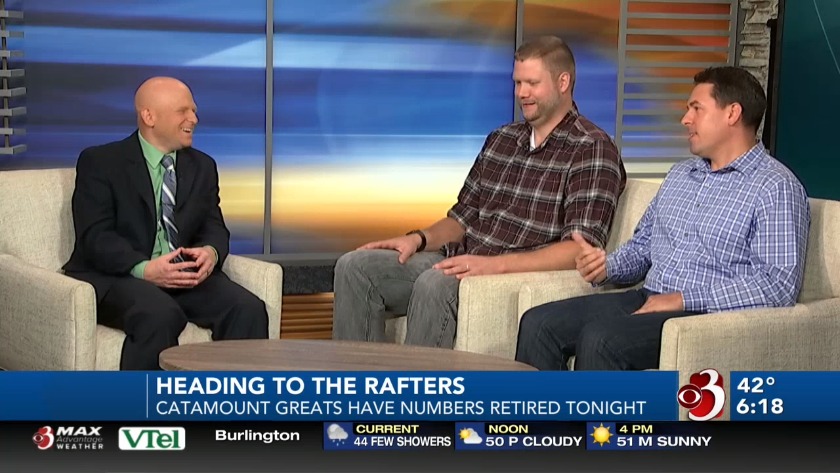 Heading to the Rafters 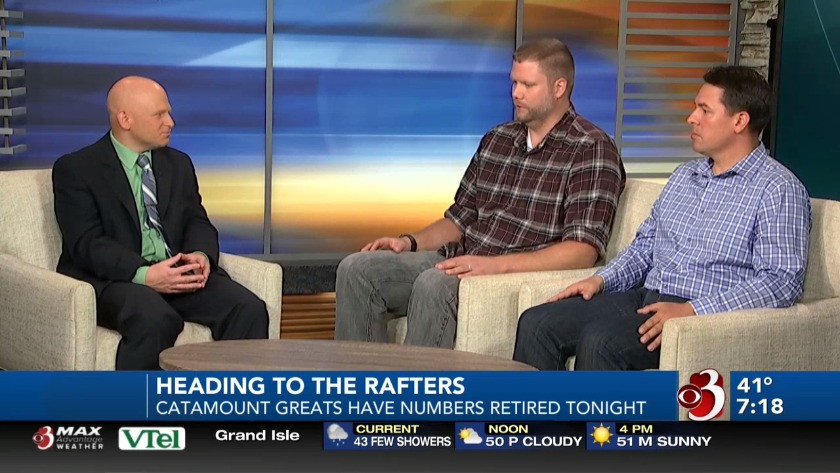 Heading to the rafters part two

BURLINGTON, Vt. It will be a special night at Patrick Gym on the campus of UVM.

The men's basketball team will be facing Brown in the Cats exhibition opener. Before the game, the numbers of two Catamount greats will be raised to the rafters.

Taylor Coppenrath and TJ Sorrentine were the driving forces behind the three-time America East champions in the early 2000's and began the run of championship caliber basketball with the UVM men's team that continues to this day.

Recently Scott Fleishman had a chance to catch up with the two in the studio. They talked about tonight's honor and what it means for the two of them to be sharing it together.