MONTPELIER, Vt. (WCAX) For 25 years, Bernard Corliss was a staple of the East Montpelier fire department. But when he wasn't helping others, Corliss was glued to the TV or radio, following his favorite team, the Boston Red Sox

"Growing up, we knew it was time to stay out of the living room because there was a game on," said Bernard's son Bernie.

There are thousands of fans who watch or listen to every Red Sox game over the course of the summer, but few of them have to go to the lengths Corliss does in order to do so.

"He's probably 99% blind in his left eye, completely blind in his right eye," Bernie said. "The hearing specialists at VA say there is nothing left to his right ear. So the only way he can see TV now is he sits with the TV off to the side a little bit and he can only get like the corner of his eye to see the TV."

But that's nothing compared to what Corliss went through one year ago Thursday. While attempting to cross the street after picking up mail, Corliss was struck by a pickup truck and landed about 40 feet away.

"I expected that I was gonna get a phone call that he was gone," added Linda Willey, Bernard's niece.

"As far as injuries go, I had the pin in the back of my neck cracked, he didn't break it. And I had a left leg that got pretty well beat up," Bernard said. "But other than that, well, I'm here."

Regardless of his circumstances, Corliss wasn't going to let his time in the hospital keep him from following the Sox.

"I would have an attendant come in at night and turn it on. The TV was way up on the wall and it wasn't a big one," he said.

"I went to visit him when he was in the hospital and he just was so worried that he wouldn't be able to see the World Series," Linda added. "And when I found out the World Series trophy was gonna be in Vermont, I said, 'Maybe I can make one of his dreams come true.'"

Willey wrote a letter to the club, letting them know just what her uncle had been through and how big a fan he was...and on Thursday, Sox officials rewarded that dedication by bringing the 2018 World Series trophy to Montpelier Rec Field

"I saw it on television, but other than that, to have it sitting right beside you or have my hands on it...it's something wonderful," Bernard said.

"Obviously their customer base and fans are important to them, but to come down here just for this is pretty cool." 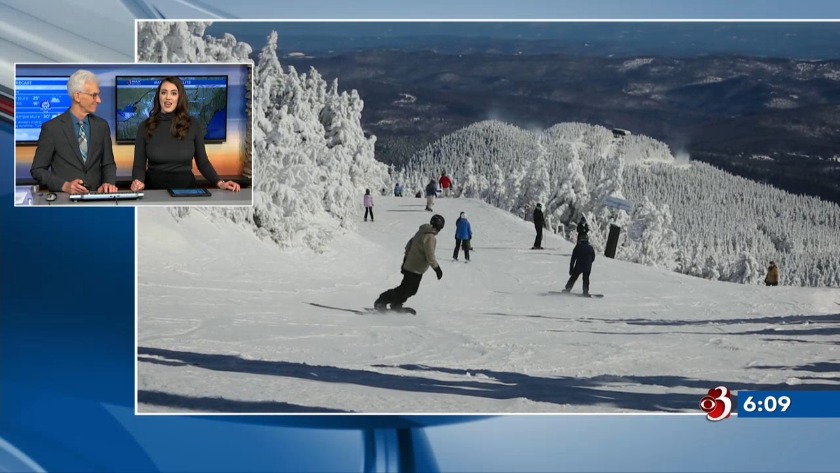