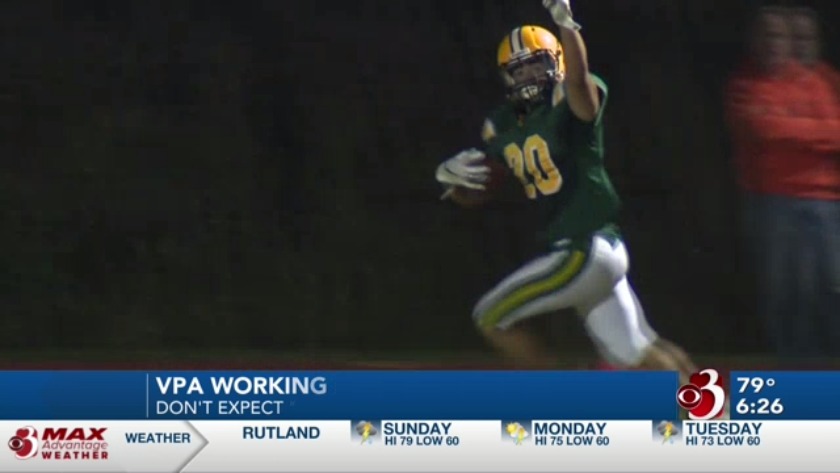 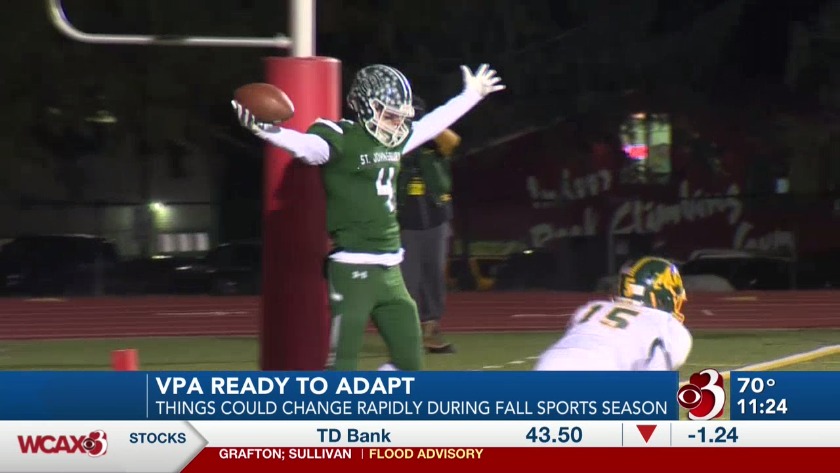 The Vermont Principals Association is proceeding with a plan to resume high school sports this Fall, but it will likely be different from any season to come before it.

We spoke with VPA Associate Executive Director Bob Johnson this week, and here were some of the highlights:

- Fall sports teams were originally scheduled to begin practices on August 10th. That date will almost certainly be pushed back, meaning regular season play likely won't begin before mid-September. Schedules will likely be picked up from the date play begins, so Johnson expects teams will play about 60-70% of their original schedules. As a result, the VPA plans to hold "open tournaments" for every Fall sport besides football, making the number of games a team has played irrelevant to postseason seeding.

- There is no firm policy as of yet on out-of-state competition, but the further the distance a team is expected to travel, the more potential issues it could cause. Johnson compared St. Johnsbury playing a game in Littleton, NH vs CVU's Cross Country team competing at a meet in New Jersey.

- The VPA is unlikely to swap seasons. Proposals in Maine and New Hampshire to shift higher contact sports like football to the Spring and lower contact sports like baseball to the Fall have been discussed in Vermont as well, but haven't gained much traction. Johnson pointed out a number of three-sport athletes would be negatively affected by changes, e.g. students who participate in both football and lacrosse.

- A lack of officials could cause problems. The VPA has seen declining numbers of officials in many sports, a problem that could become even worse should higher-risk individuals choose to sit out the Fall season. Teams might have to get creative about scheduling, and we could see a number of individual games canceled due to this lack of officials. Johnson does not expect whole seasons to be affected by this though.

- There are not firm protocols in place yet for how to handle a positive COVID-19 test, but Johnson speculated the infected individual's entire team would also have to be tested, and there may be a quarantine period involved.

- The VPA will be prepared to shut everything down again should the health situation deteriorate. Johnson cited the fact that a few colleges have announced they won't participate in sports until after January 1st (Bowdoin in Maine and Morehouse in Georgia the most notable examples to date), and while that is not the plan now, it is a possibility should the situation call for it later.

- The VPA is largely in "wait and see" mode. Johnson says they will monitor what happens with youth and recreational sports beginning their seasons on Wednesday, as well as the resumption of in-person instruction in August. Johnson acknowledged the desire to "get back to normal," but said this is an unprecedented situation and that the VPA is "making things up as we go."