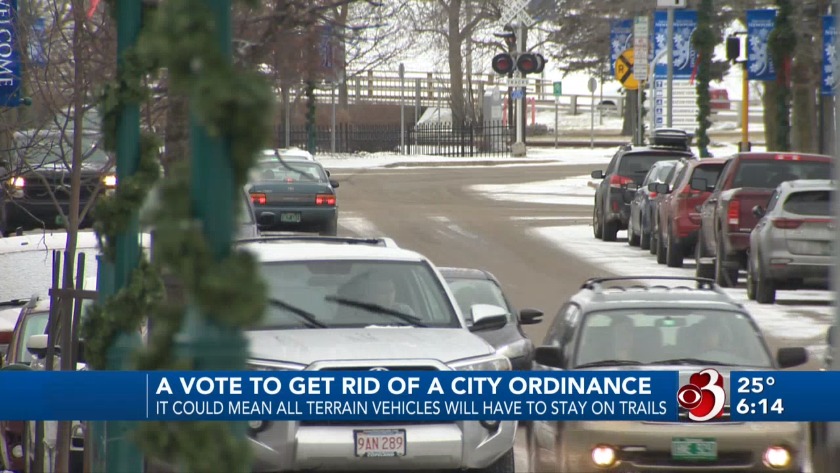 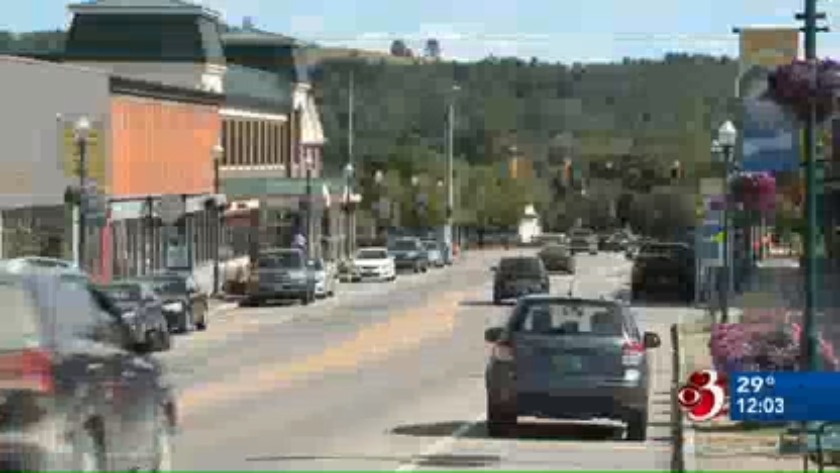 NEWPORT, Vt. (WCAX) Voters in Newport Tuesday will be casting ballots on a proposal to repeal an ordinance that would have allowed all terrain vehicles on some city streets for a trial period later this year.

"The current ordinance is to allow the use of ATV's on certain streets in the city, they connect with the trails coming from the South or West," said Newport City Clerk James Johnson.

The measure was voted into law by city councilors last October to generate some extra revenue for local businesses. Johnson says the hope was that by allowing ATV's on city roads, the operators will do more shopping while in the city. "Well, hopefully the routes through the city are designed to hit as many businesses in town. Hopefully they'll come in, park, go to a restaurant, go to a store, shop, and continue on their way," he said.

Some residents and local businesses support ATV's being driven through the city.

"As long as everybody's happy and follows the rules, I don't see the problem with it. I think it will bring more people here, maybe it will help Newport because Newport is not in the best shape at this moment," said Ashley Penniman, a local resident.

"Working for a business here on Main Street, I feel that it would bring in, it could bring in a lot of business. I'd like to see it happen and I'd like to see what happens with it and at least give it a try," said Karen Rinner with Eden Specialty Ciders.

But opponents, like local resident Russell Potocki, are concerned about the safety and noise. "We're leaning towards saying yes, which is to repeal the ordinance, because of the major noise disruptions that it will have," Potockiare said.

"I 100 percent agree with that. Just the noise ordinance alone -- it's just the quality of life. I just think it wouldn't be worth it," added Melissa Potocki.

"I'm not opposed to ATVs. I've owned them, I like to ride, but I'm not sure Newport is the best place for them or the streets they chose," said Jacki Monfette, a local resident.

Newport City Clerk James Johnson did a have a word of warning for Newport residents planning to vote Tuesday. Because the vote up for consideration is to repeal the current measure, voting 'yes' will be a vote in favor of getting rid of the new order, and voting 'no' will be in favor of keeping it.